When is KPI not a KPI?

A Key Performance indicator is a quantifiable measure used to evaluate the success of an organization, employee, etc. in meeting objectives for performance.”

While I think this is a pretty good definition I want to expand our definitions to also reflect the consequences (the monetary or non-monetary rewards and sanctions) that the KPIs are linked to as I believe this approach provides clarity around the use and intent of the KPIs. So what does this framework look like?

The relationship between SPMs, KPIs and SHIs is provided in the diagram below. 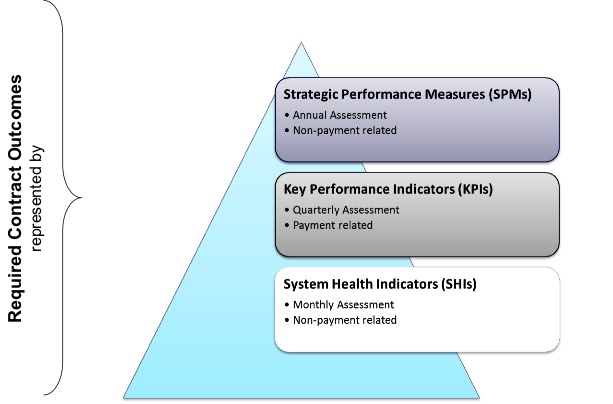 So while this framework may seem a little contrived, we would encourage it’s use to aid both the buyer and seller in understanding the intent of the performance measure since sometimes a KPI is not really a KPI.

13 Responses to When is KPI not a KPI?